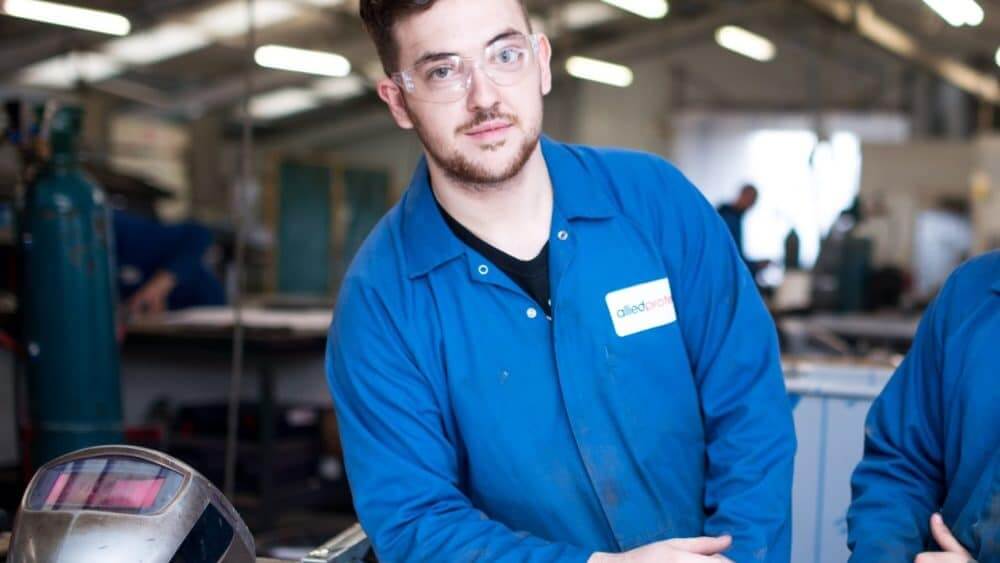 Following a series of gruelling regional and national heats followed by the even more challenging European finals, local sheet metal fabricator, 20-year old Macaulay Reavill, has beaten off the competition to represent Team UK in the prestigious WorldSkills Final in Abu Dhabi on 15-17 October.

Macaulay, a former Tollbar Academy pupil from Holton-le-Clay who recently completed his apprenticeship with Allied Protek and Grimsby Institute, was competing against 32 other talented professionals from across the UK who, over the past two years, have been undergoing a rigorous regime of ‘pressure cooker’ Olympic style training in a bid to be part of the team.

WorldSkills UK, which helps young people to ‘Go Further, Faster’, is spearheading the use of competition in the workplace, training centres, schools and colleges to inspire the next generation and fill the engineering skills gap. The global finals are held every two years when over a thousand competitors from more than seventy countries gather for four days of competition.

“The last two years have been a massive challenge. I’ve been up against some highly skilled engineers from a range of different industries. In my mind, everyone deserved to win. But at the end of the day only one person can go to Abu Dhabi and I’m thrilled that this person will be me.

“Of course it’s going to be tough; I’ll be competing with people who have trained for five years and in places like South Korea where they are selected from school for this,” Macaulay continued. “It is great that Allied Protek have allowed me the time to do this. Their support and help throughout has been first class.”

“Team UK represents the very future success of our economy. We ensure that members have the skills-set and mind-set required to be the best and have the confidence, focus and determination to prove it”.

“We are all incredibly proud of Macaulay. He has fought off tough competition to ‘go for gold’ and we hope that his example will prove an inspiration to other young people who may be considering a career in engineering. We wish Macaulay every success in October!”