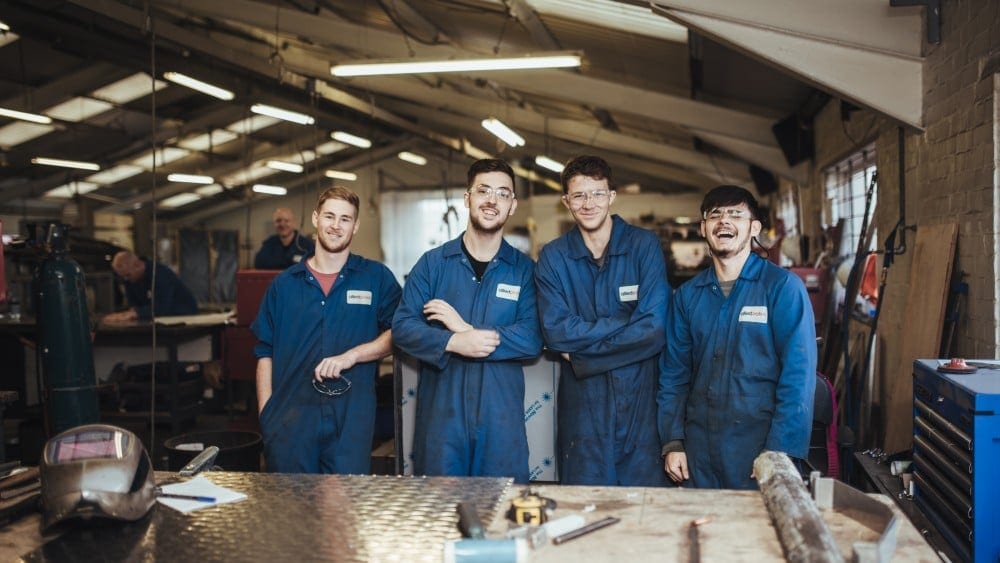 As you can see from the clip above, recently here at Allied Protek, we received a visit from ITN to discuss a nationwide skills gap and the importance of apprenticeships. This visit reminded us just how lucky we are to have such a fantastic partnership with The Grimsby Institute, who never fail to provide us with an outstanding calibre of apprentice, and for that we would like to thank them. Allied Protek are delighted to support the college who in the past have supplied us with an array of successful apprentices.

Macauley Reavill joined us from Tollbar Academy. Over his time with us he transformed into a skilled sheet metal fabricator, so skilled in fact, that Macauley successfully passed through the tough regional and national heats for local sheet metal fabricator, with his talents then taking him to Abu Dhabi in October 2017 for the European finals.

Macauley has already seen off 32 fellow professionals, and we wish him every success in taking on the 1000+ competitors, from seventy countries, over the four days of the WorldSkills Final.

“It is great that Allied Protek have allowed me the time to do this. Their support and help throughout has been first class.”

“We ensure that members have the skills-set and mind-set required to be the best and have the confidence, focus and determination to prove it”.

“Macaulay fought off tough competition to ‘go for gold’ and we hope that his example will prove an inspiration to other young people who may be considering a career in engineering”.

Runner up – ‘Apprentice of the Year’

Bradley Clare took pole position and the runner up award as Apprentice of the Year at the incredibly prestigious Apprentice Awards 2016. Now in its 16th year, these awards showcase the staggering diversity of sectors involved in Apprenticeships, and champion the stand-out individuals who prove their worth time and again as exceptional employees.

Bradley has now also been selected as a WorldSkills ambassador – a feat that any Apprentice would proudly add to an already impressive CV.

Benji Daems scooped a sought-after silver medal when he attended the WorldSkills UK 2016 Skills Show. Having been independently assessed by a panel of scrupulous judges, Benji went head to head with over 500 fellow competitors over the course of three days, in front of thousands upon thousands of visitors.

“It has been an incredible, inspiring and hugely successful Skills Show culminating in a ceremony to honour the very best young talent Britain has to offer. I would like to congratulate all the medal winners – indeed everyone who made it into the national finals”.