Hats off to our Mechanical Design Draughtsman, Ryan! 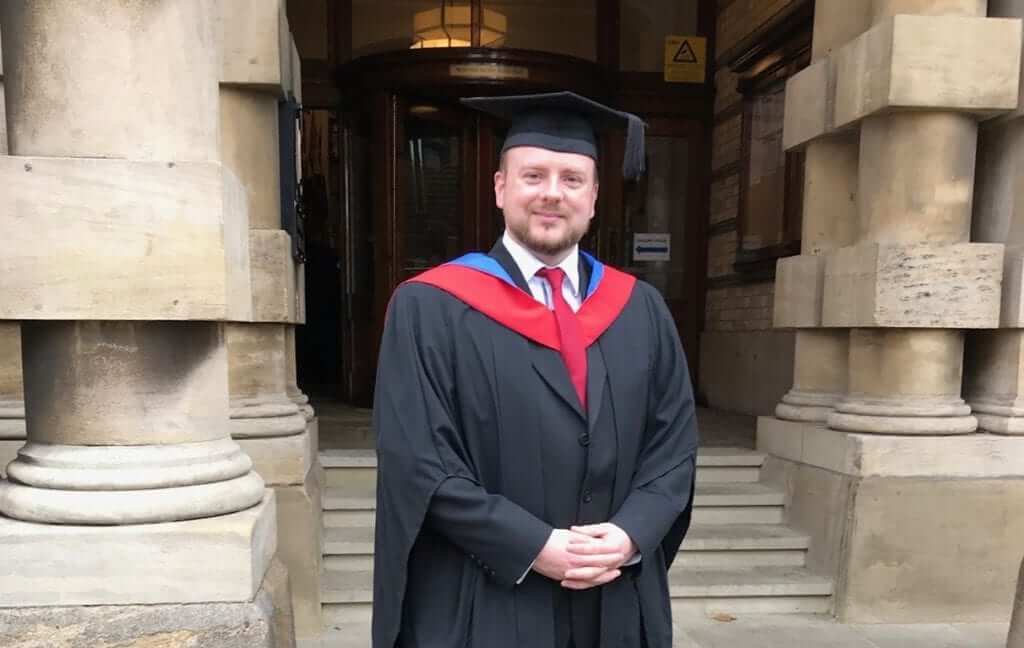 Everyone at Allied Protek would like to congratulate Mechanical Design Draughtsman, Ryan Aisthorpe, who has just graduated with an HND in Mechanical Engineering.

Ryan, who’s been studying part-time at the local Grimsby Institute, has been busy juggling studies with his day job at Allied Protek plus family commitments, hobbies and playing guitar in local rock band Calling the Shots.

“It’s been a case of finding the right balance,” he says. “However the support I’ve had from Allied Protek has been fantastic. They’ve helped me with study materials and allowed me to take time off work to complete my studies. My family and soon-to-be wife have been brilliant, too. It’s been a challenge, but hugely rewarding.”

Ryan is no stranger to hard work. “I achieved a City & Guilds in AutoCAD, even before I did my GCSEs,” he explains.  “Next I did a Sheet Metal Apprenticeship followed by an NVQ level 3 in Engineering Manufacturing.  Then three years ago I decided to return to college and work towards an HNC in Mechanical Engineering and now this HND. ”

So what’s next for Ryan?

“I would like to further my skills and am aiming to do an MEng in Mechanical Engineering,” he says. “I’m excited about the bold steps Allied Protek is taking in advancing skill sets using the latest technology such as 3D scanning and cutting edge software. Hopefully by getting a Master’s degree I can play an even more positive role in their plans for the future.”