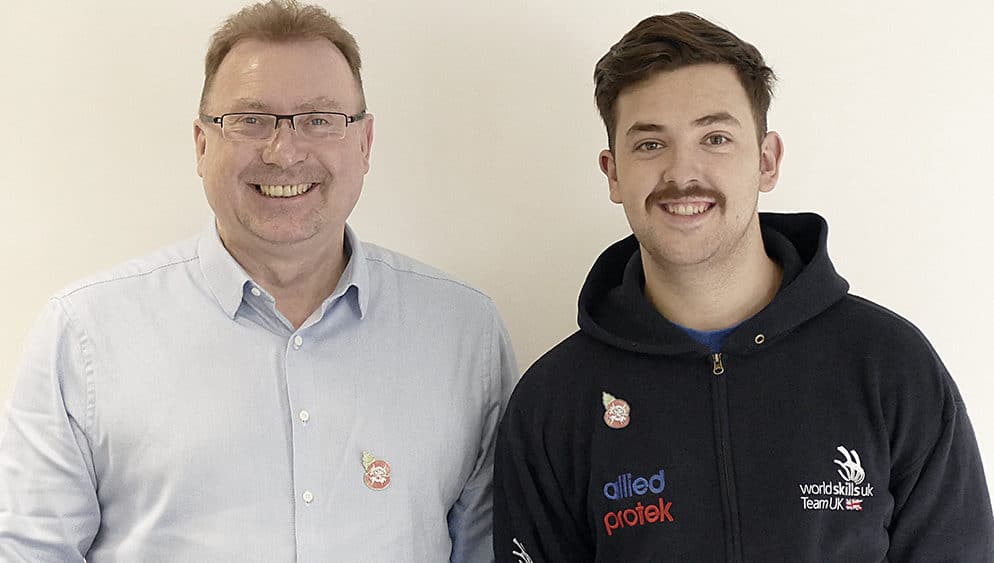 Hot on the heels of Allied Protek metalworker Macaulay Reavill’s participation at the World Skills Finals in Abu Dhabi, our shining star has been invited to appear on TV.

Macaulay will be part of a team of guests from local businesses appearing on BBC Look North’s Politics Show, which is being filmed at the Grimsby headquarters of the region’s leading law firm Wilkin Chapman solicitors and is going to be screened on Sunday 19th November on BBC1 ahead of the Budget. Accompanying Macaulay will be Allied Protek’s Capital Projects Director, Paul Wilson, who will be on the panel of speakers.

Presented by BBC Look North Political correspondent Tim Iredale, the theme will be:  ‘Taking the temperature of Grimsby’s economy and future’. Various aspects of Grimsby will be explored by Tim and his guests including –

Paul believes that now the UK’s industrial base has gone the country is in danger of being “behind the pace”. While he recognises investment via the Northern Powerhouse he says: “It is having the will to do something about this and the mechanism to do so.”

Paul is also keen to highlight what can be achieved with young talent in our area which is why he’s delighted that Macaulay has been invited to take part in the show.

“Three of our apprentices reached the UK National Apprenticeship World Skills finals – proof that with a bit of a leg-up, these kids can do it,” says Paul. “We always knew that Macaulay had star quality and have backed him one-hundred-per-cent in everything he’s achieved so far.

“This programme will be a fantastic opportunity to put Grimsby firmly on the map when it comes to positive stories about young people mastering skills, achieving their potential and overcoming challenges.”

So be sure to put a date in your diary for Sunday 19th November when everyone at Allied Protek will be cheering along our very own star-in-the-making!